A love of Orchids is all consuming, the flowers and scent from my Zygopetalum are one of the reasons why 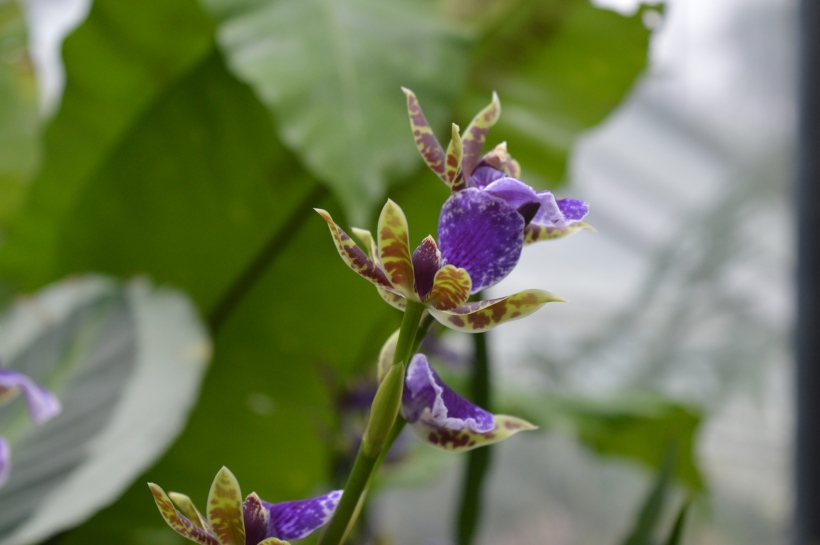 I’m a great lover of orchids, as some of you may know, I own about 20 now. The vast majority are Phalenopsis, given the nickname of the moth orchid, it could now be happily called the supermarket orchid. Most are rescues as I can’t bear seeing them thrown away simply because they have finished flowering. It pains me to see a good plant go unloved when I know it will go on to thrive once more with just a bit of tlc.

For years though I have been hankering after 1 orchid in particular. I’ve never dared buy it for myself, terrified I might lose it! That is the zygopetalum.

Back in February an All horts visit to Kew gardens was organised by @gardenwarrior (twitter handle, his real name is Andrew) to see the Orchids there. These visits to various gardens & events are always great fun as not only do you meet wonderful, like minded, enthusiastic horts but in such inspiring places!

This visit for me was particularly special though as it coincided with my birthday woo-hoo! 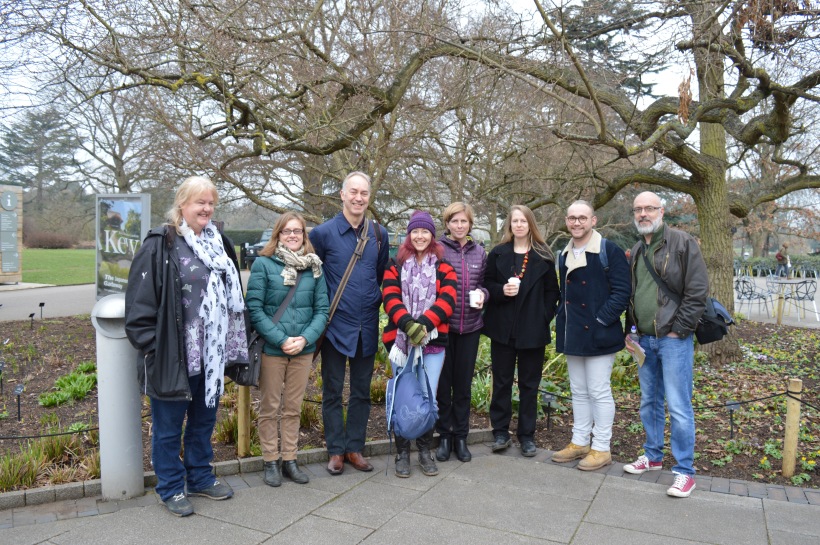 We happily trotted round the glasshouse oohing & aahing as appropriate at what is a truly impressive display of Orchids when the scent of one caught me unawares!

Sweet, so very sweet! And musky, you almost smell it in your throat…I’m not sure if that makes sense but honestly you do! It was a familiar scent and immediately I was looking for the zygopetalums!

Not all orchids are scented and as a rule of thumb the bigger & showier a flower is the less scent it needs but zygo’s break that rule!

Lime green with maroon spots they are about an inch across. To my mind they look like little happy faces with purple flecked beards, like punk gnomes.

My friend Justin (Twitter handle @allotment7b ) , who knows a lot more about orchids than me, had very generously said he would buy me one from the shop for my birthday! Imagine how excited I was! Any orchid I wanted!!

Now I did have several “favourite” orchids in mind, one of which is a purple Vanda, these are relatively tricky to look after successfully in a normal home but are absolutely luscious!

Another I had in mind was a Paphiopedilum or slipper orchid. As I think I already have one in my collection of rescues though it seemed wasteful to not get something different. Even when they do look this good!

I eventually settled my mind on a zygopetalum which after raiding the unpacked cages of orchids in the shop I found and the wonderful Justin bought for me.

For weeks it flowered it’s head off, making my bedroom smell amazing & in fact the whole house! Eventually it finished and I worried I wouldn’t be able to keep it happy. I forced myself to NOT fuss over it. Most orchids die from being loved too much! I lost my first one this way. I’ve found they much prefer being ignored for the most part. I water them with rain water if I can get it, if not I’ve been known to fill up the sink & plunge them in for an hour or so. I keep a bottle of water to go stale as an alternative. I bought a mist to encourage them to flower which I use intermittently & I also have a feed which encourages leafy growth which I use every few months but I worry about overfeeding as the build up if salts from these in the growing media can kill them just as quick as abandoning them altogether!

The strong sun on my window sill scorched one of the leaves of my beloved zygo back in June, also caused one of my others to abort flower production. It was the week I was moving & my well meaning housemate closed the windows and cooked them all in my absence. I could’ve cried… but hey! They survived! In the next few weeks as we all settled in to Ulting wick I repotted a few of my beauties & in the process noticed flower buds forming on the zygo!!

I tweeted Justin to let him know.

That’s the thing about giving someone a present of a plant it’s a joy that keeps going.

He had given me my hearts desire & now it’s  scent fills the little cottage. It’s smiley punk faces greet me every morning. I have no idea what I did to make it so happy but it obviously is!

Zygopetalums were first found in 1827 by a chap called Mackay from Brazil. He gave one to the esteemed orchid expert of the day sir William Hooker, who promptly created a new genus for it. They can be found growing in cloud forests of south America and are classed as both epiphyte & terrestrial giving them the ability to be flexible in their growing conditions. The growing media need to be free draining, I tend to go for some of the more difficult to get hold of stuff which I buy from the Orchid experts at shows. This is a mixture of perlite, charcoal, bark and a few other bits.

If you’ve never tried growing Orchids before don’t be put off giving them a go, the Phalenopsis are probably the most forgiving, here’s a tip to getting them to reflower, leave them on a window sill where the temp will drop overnight. This triggers the flowering response, I found out by mistake and all of mine proceeded to flower their heads off for the next 12 months!

Heres a few of the loveliest you may consider… 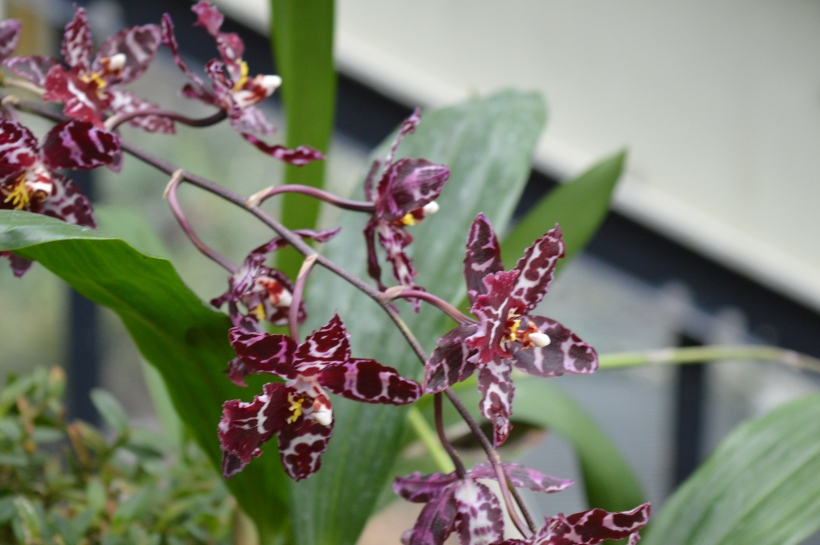 6 thoughts on “My Zygopetalum”

Thoughts of a plant nut.
Sign of the Times

Piece of More to Come

The Restraint of Plants

' A garden is a symbol of man's arrogance, perverting nature to human ends' - Tim Smit

Reflections on the dew pond

A blog about being a gardener

The life and loves of a time-poor plantsman

The Bohemian Raspberry
The temperate gardener

My week to week gardening diary

The most Dangerous plant to sleep under is the water lilly

of farmyards and fairytales

tales from the farmyard, and other places

timbatchelor15
By Nature: notes from a besotted gardener