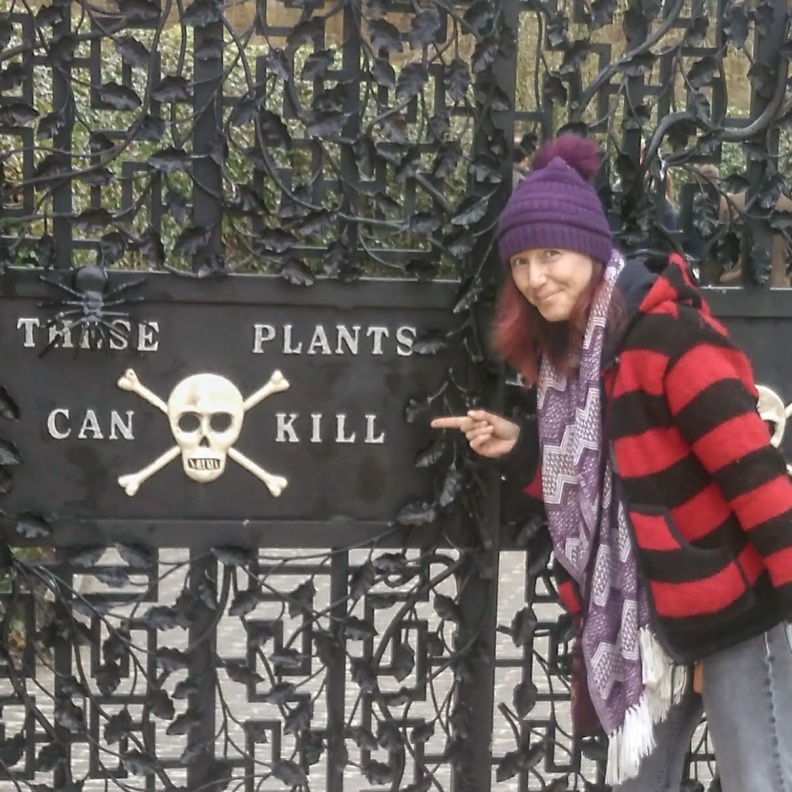 Ive been threatening to write this for a long while now, if youre easily disturbed, prone to nightmares, find it difficult to watch Day of the Triffids, Little shop of horrors or have an unfounded of fear of a plant leaping out of the border to wound, maim and kill you in a vicious, unprovoked attack then this will be your only warning!

There will be graphic scenes of killer plants malevolently growing!

Some of these vicious, psychopathic killers may be just outside your door. Worse! you may have even welcomed some of these murderous felons into your house! Stop, look very carefully at that plant on the windowsill, you’ve lovingly watered, repotted and fed it for years…. all the while its been sitting there, waiting for you to drop your guard so it can thrust its leaves down your unwilling throat and poison you!

OK, I may be sensationalising the threat somewhat but if you didn’t know better when you read some of the posts on social media these days you’d be forgiven in panicking thinking all plants are going to murder you in your sleep!

If youre a member of any plant group on Facebook under almost every picture of a plant someone pipes up “Poisonous!!” with dire warnings of the consequences of allowing it within a 50 meter radius of everything living.

The fact is MOST plants have the ability to poison you to some degree or another, sometimes that reaction to its toxic substances have been used recreationally for years by humans. Sometimes they are used for medicinal purposes and sometimes a plant which displays these fantastic chemicals gets used as a lethal poison!

And some plants can be edible and toxic at the same time!

Im not sure when we started to become so very divorced from the natural world that we began to view these properties with fear rather than respect and awe, maybe I was lucky that my family taught me from before I can even remember not to touch and eat plants that I didn’t know or wasn’t sure about?

Growing up I remember one beautiful tree we had in the garden called a Laburnum, this wasn’t the only plant we had that could’ve been toxic but it is the one I remember my mum drumming into me that I MUST NOT EAT!! She knew I had a thing for peas, I suspect that may have been why or maybe because I loved climbing in that tree. Regardless, I knew not to eat anything that came from that tree or any other plant unless she ok’d it first. It should be made clear at this point that there has only ever been one confirmed death due to poisoning from Cytisine , the active ingredient in Laburnum. The victim had reportedly drank Laburnum tea, how much I’m unable to ascertain nor am I able to find out if the leaves were dried (which often concentrates poisons) or fresh. He is reported to have died from respiratory complications. Judging by experiments done on animals regarding toxicity the average human (62KG) would have to ingest at least 124 Mg of it

Its also the chemical used in some nicotine substitute treatments, the chemical is present in the plant Cytisus which has been used as a tobacco substitute for years and from what I understand jams the receptors in your brain which receive pleasure from smoking.

In most cases where people have been hospitalised after eating Laburnum it has been to have their stomach pumped which is quite a violent process in itself. The chemical Cytisine only stays active in the human body for around 4.5 hrs, during which time you’re most likely to feel a bit unwell, be sick (the bodies natural reaction to voiding toxins)  perhaps even convulsions but its lethality is highly overrated…. but still… don’t eat it!

That said my mum had a slightly sick sense of humour, which I may or may not have inherited…. totally did…. There is a major difference between edible and tasty and she would often take great amusement in telling me it was ok to eat something (and she would be correct in assuring me that it wouldn’t kill me) which was likely to turn my mouth inside out. Honestly, I think I have to take most of the blame on this one as most people after the first time they had this trick pulled on them wouldn’t have tried another thing that person ever offered them again, right? But no, I tried sloes and ornamental quince to name a few things. Maybe it was a family trait this foraging from hedgerows? one of my fondest memories of walking with my grandad up Warden Hills was of him stopping on the chalk track between fields and telling me to pick up some nuts that were on the floor. Grandad was blind, he couldn’t see what he was treading on but he recognised what was making the crunch beneath his feet. Hazelnuts! Fresh green Hazelnuts. He showed me how to crack the shell between my teeth and inside the creamy white nut, oh my god! There is no taste in this world like a wonderful fresh hazelnut! There is literally no comparison to the sad dried out husks you by in a supermarket!

But! Im here to talk about the plants that want to kill you!

So we have a few ways this can happen, if a plant is listed as toxic or poisonous it doesn’t necessarily mean certain death, so next time you see this don’t panic. Find out why its toxic. After all some plants which are toxic are also edible, in fact quite nice, if treated properly or certain parts are avoided.

For example one which im sure weve ALL tried 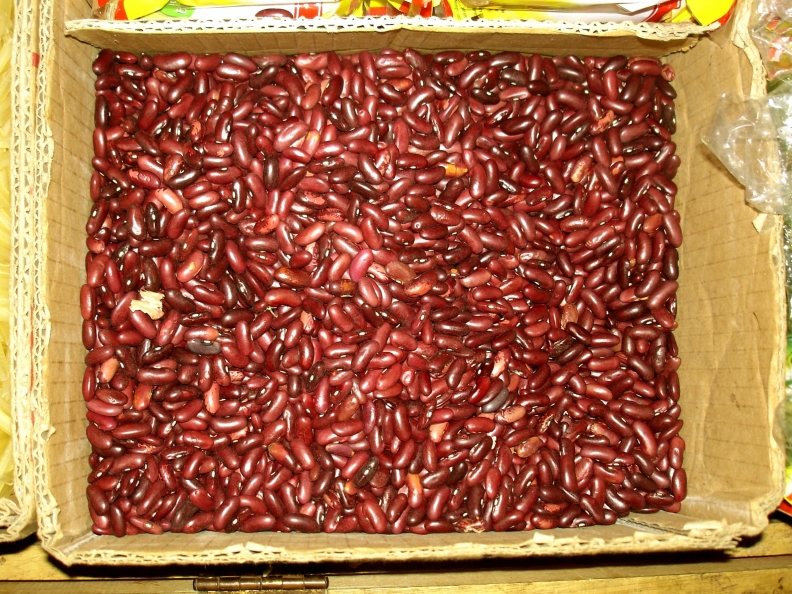 In fact a lot of the Legume family (now known as Fabiacea) are toxic which is why if you eat a lot of them raw you will get a bit of a stomach cramp going on. This is down to a chemical contained called Phytohaemagglutinin. Kidney beans contain the highest levels of this toxin but its easily broken down in the boiling process they go through prior to adding it to meals such as chili con carne. Warning though! Slow cookers can concentrate this chemical up to 5 times the amount found naturally, so always boil your beans for at least 30 minutes.

But will they actually kill you!

Honestly, its highly unlikely, you may wish they had for a short while though. Your body is incredibly clever of ridding itself of things it considers harmful and the stomach cramps you feel after eating 1 too many raw green beans are magnified to epic proportions… I don’t think you need me to elaborate.

This chemical in small amounts though can be beneficial to us, everything in moderation, and is often used in a medicinal way

What else do we regularly consume that could be considered toxic?

We all know not to eat the leaves only the stems. This is down to Oxalic acid, something which is present in many plants. This can rapidly cause kidney failure not just for humans but also for our pets!

But relax, Rhubarb is NOT going to leap out of the vegetable bed and kick Fido in the kidneys, Fido might even take a bite out of a leaf in the ways that dogs do, to play, experiment… im not sure what goes on in a dogs head. However very quickly fido will spit it out and likely drool copiously, perhaps even be a bit sick as it tastes awful! Same goes for little Johnny or Jessica, toddling round the garden. For every 3 KG in weight a person would have to eat a gram of pure Oxalic acid for it to be considered close to fatal level.

In fact the last time people got really sick from Rhubarb was during WW1. The British government decided to encourage everyone to dig for victory! and so produced pamphlets extolling its virtues, no one thought to mention people shouldn’t eat the leaves… doh!

More than 6 a day can kill you, you’ve heard this one right?

Theres an urban myth going round that 6 or more bananas can kill you, hypothetically I guess its possible that at some point someone who for whatever reason had unusually high levels of potassium already in their bloodstream could potentially have eaten a large amount of bananas. They may hypothetically speaking have been suffering from heart arrhythmia prior to eating them and the levels of potassium in their bloodstream could have reached levels that would have tipped them into a cardiac arrest…. its possible but I can find no evidence to support this. In fact if youre worried about poisoning yourself with potassium youre far better steering clear of spinach which contains far higher potassium levels than bannanas.

These are just a few examples of plants we know well and eat regularly that either are toxic or have the reputation of being toxic but this next one is interesting because not only can it kill you if you try hard enough but it also  brings in a different facet to the term toxic.

Sometimes we habitually ingest things knowing they will have the effect of altering our perception of the world. Very few of them are legal in the UK, one of the most well known plant based products that is, is alcohol. Alcohol is a drug, a legal drug and kills more people a year than all illegal drugs put together.

But what about things which we all have in our kitchen cupboards, or a very popular ingredient in various seasonal products

Now there is a small risk of death, im not gonna lie but you have to try REALLY hard and it helps if you already have an underlying medical condition and by all accounts its a bloody horrific way to go! Nutmeg poisoning is extremely rare but you would have convulsions, palpitations, nausea, eventual dehydration, and generalized pain to look forward to before your body failed. In the meantime the Nutmeg would also, as an interesting side effect, mess with your head.

Its considered a long lasting psychoactive , its effects can take hours to kick in and days to wear off… if you survive

So next time youre thinking about ordering yourself that 3rd pumpkin spiced latte, question why you like it so much…. perhaps youre on a nutmeg high?

kidding…. kinda…. but did you hear the millennials gasp in horror 😉

Its also worth mentioning the self defense spray Mace is also extacted from the Aril surrounding nutmeg.

Over a few posts I will continue this theme taking a look at some of the plants that have gained notoriety for their toxic malevolence and hopefully reassure you … or terrify you further!

6 Replies to “Warning plants want to kill you! Part 1 – the edible killers”