Imagine an entire garden just dedicated to bedding plants, a riot of colour and scent! Literally every way you turn there is an extravaganza of shapes and forms, they tumble from towers, explode from baskets, scramble up spires, drip from containers and carpet the beds.

Well imagine no more! You can see this vision for real at RHS Hyde Hall from the 4th June to 30th September. Thompson & Morgan have created a breathtaking display using every available bedding plant you can think of and some you’ve possibly never heard of.

Its rare these days to see displays of this magnitude. Growing up I remember public spaces, such as parks, would often have such bedding schemes that were incredibly complicated. The skill, the time and the effort that would be put into designing and growing the plants for this are phenomenal. Sadly for this reason most public spaces are given over to low maintenance programmes now and if I’m honest I miss this. Yes, it can be garish and overstated. Yes, they are loud, cheerful and brightly coloured… but honestly, is that really so bad?

No, its not chic, its not thought of in polite gardening circles as stylish or understated. For me that is the joy of it though. Its fairgrounds and seaside, its sheer vivacity is uplifting! Its joyful, it shouts, its summer and ice creams and maybe its time we had more of this in our life?

Ok, maybe you don’t have to fill your garden with every colour or variety imaginable, you could just choose one or two of these gems to bedazzle your friends and neighbours. Often less is more but there is a return in interest to some of the more old fashioned flowers in the gardens around the country. Take the meteoric rise in Dahlias popularity in the last few years.

I’d like to share Some of the plants that caught my eye as I wandered round and hopefully you will see something that inspires you but Id really recommend visiting yourself as this is just a fraction of whats there.

I adore Osteospermums, they just keep going! They don’t mind drought conditions which means less watering, and come in almost every colour. My very first was a variety called ‘Whirligig’ which had an odd mutant petal shape. This one has the most glorious colour combination of a butter yellow and a deep amethyst centre with just a hint of orange on the anthers, very Christopher Lloyd!

This Osteospermum is so new on the market its still protected by trademark! Part of a new range of double Osteospermums which cope well in low light conditions and unlike its single flowered relations the flowers stay open at nightfall. Its petals have a gentle magenta flush and the centre is a deep raspberry.

For sheer oddness and prolific flowering the award has to go to the recently introduced Calynopsis series. As a child I chose a Calceolaria as ‘my plant’ and I still remember it fondly. It lasted, despite my irregular ministrations and possible abuse for what seemed like forever. My mum called it a ‘poor mans orchid’ but they go by many common names, most often slipper or pouch flower. She would carefully deadhead it on my behalf and I suspect its success was down to her care more than mine. Seeing this plant brought back many happy memories. I’ve always thought they look a bit like cheerful muppet faces but regardless of all these associations there’s no denying their impact!

Grown from seed they are a biennial but the Calynopsis series are currently only available as plug plants.

Another great new introduction, this member of the Amaranth family would normally be very dependent on day length to trigger flowering but extensive breeding has made this particular variety day length neutral, reaching up to 14 inches tall they make a real statement either in pots or in the border. Attractive foliage with feather like plumes held erect in great numbers, whats not to love!

Ageratum is one of the first bedding plants I sowed and grew for myself, at the time it wasn’t often seen, the heyday of its popularity had been as a summer carpet bedding plant. Breeding has given us a taller more floriferous plant which can in fact be used as a cut flower! Much taller than its predecessor it holds up well as a border plant rather than just a bedder.

Thompson and Morgan are also putting a lot of time and effort into breeding new plants and I felt very honoured to be shown some of their new introductions both in bedding plants and vegetables!

Alstromerias have seen a massive rise in popularity and not only have they bred an extra tall variety which can hold up to the British winter but they’ve also got a new one they’ll be releasing for sale which can grow and flower to 3ft from seed in one season! 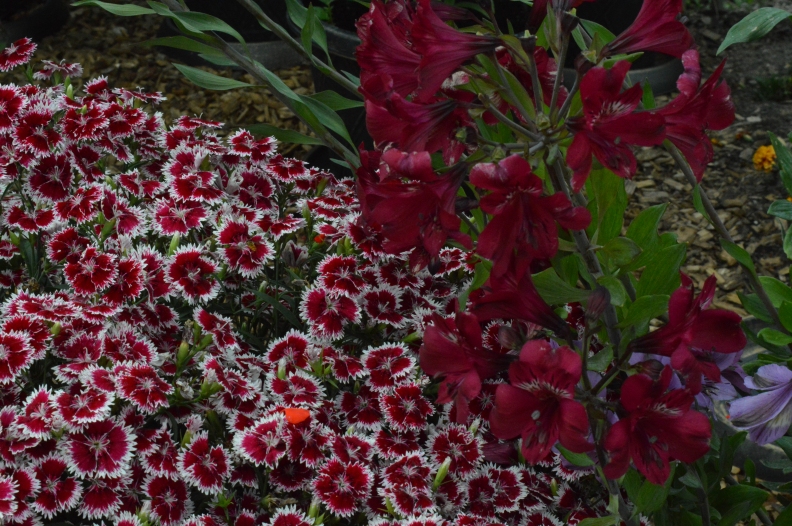 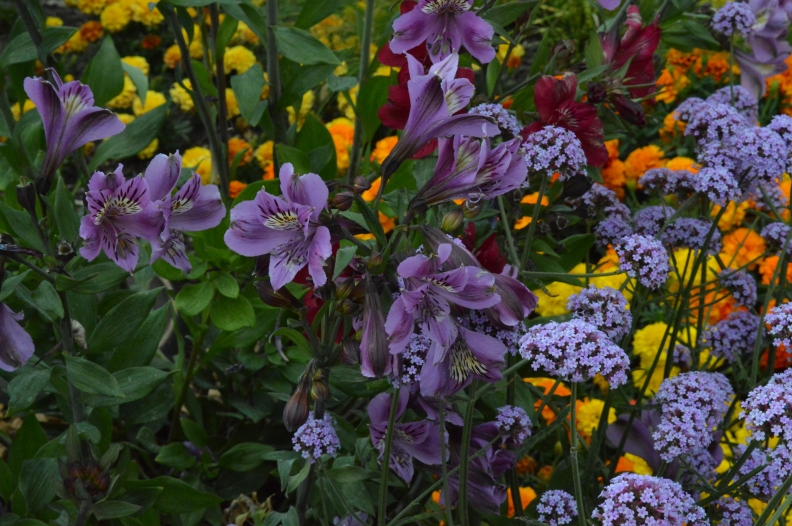 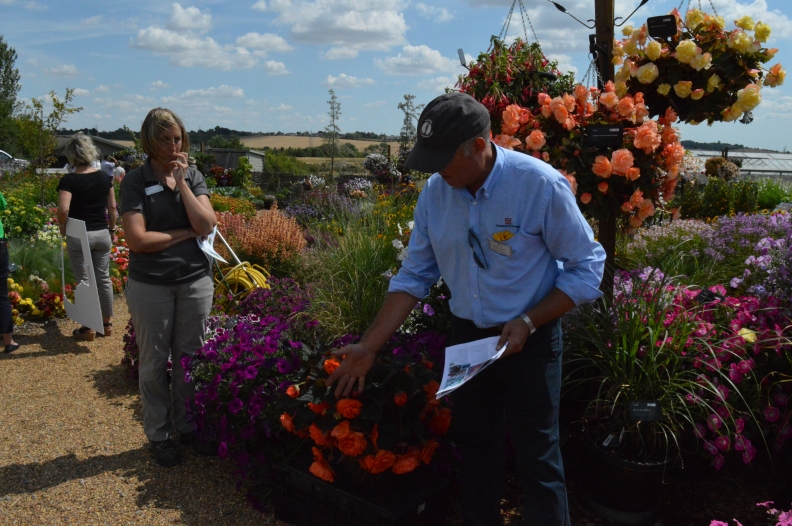 And last but by no means least! ‘Sunbelievable’ a sunflower with good sized heads that can produce over a 1000 blooms over a summer!! And the bees absolutely love it! 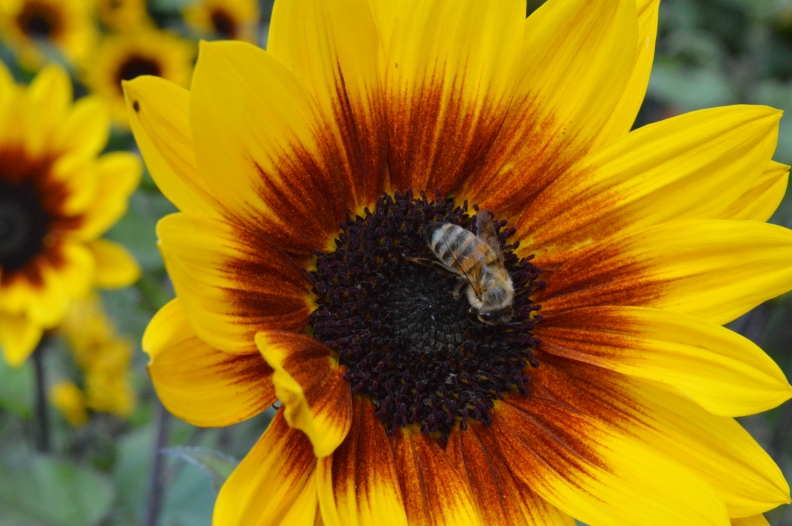 So if youre looking for this summers ‘must haves’ in bedding plants head over to RHS Hyde Hall for your inspiration! 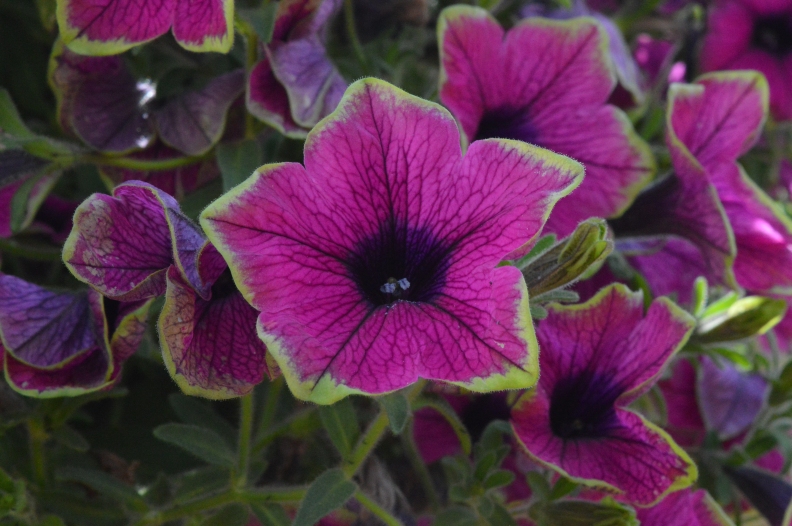 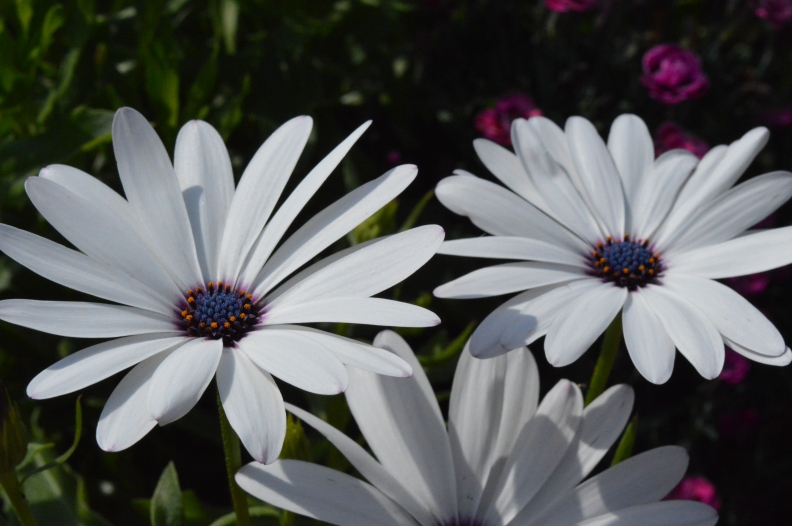 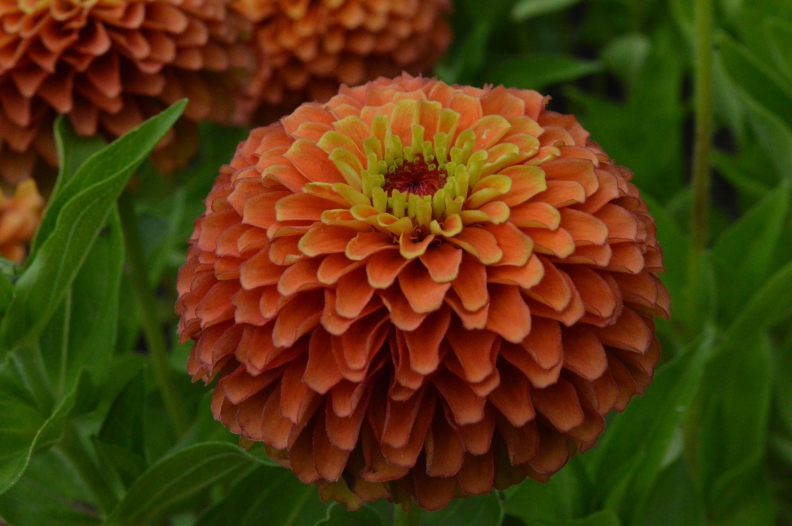 One Reply to “Floral fantasia at RHS Hyde Hall”