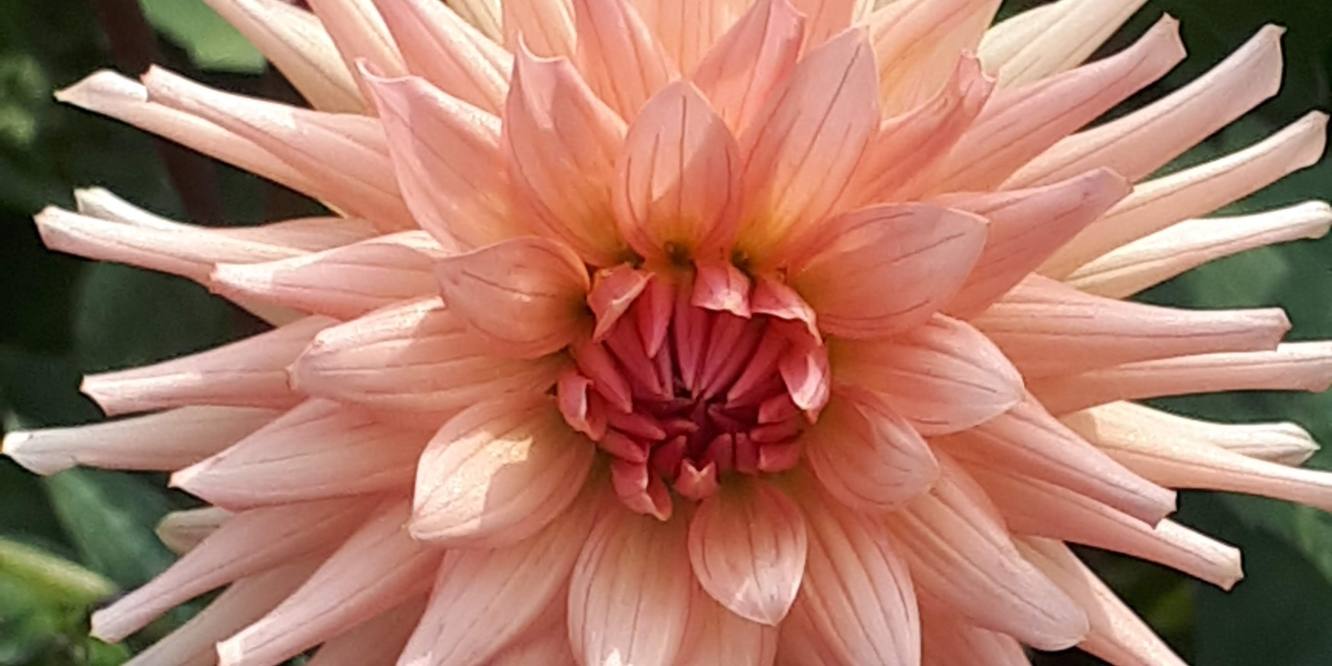 Its about time I gave you an update on whats been happening at the beautiful Ulting Wick. I’ve passed my years anniversary, its just flown by! Seriously, I haven’t felt so happy in my work like this in such a long time. Each day doesn’t seem long enough and Philippa is often urging me to go home but I love it here so much I just cant tear myself away. Its SO good to feel this way again about my job, good company and beautiful surroundings. I sing and laugh my way through pretty much every day.

The last time I updated you it was fast approaching Tulip time, right? I’m delighted to say they performed beautifully and the weather behaved, mostly, for the openings and you guys made it an excellent couple of days. I adore seeing peoples reactions to the garden, it makes all those freezing cold, wet winter days worthwhile.

The tulips now seem a distant memory, even if it was only April, since they went over most have been lifted in preparation for planting out the old farmyard, beds have been mulched and composted, weeded and spritzed. The veg garden is now in full swing, sweetpeas have flowered their heads off!

Most exciting, I started to clip the box, although since the intense sun kicked in I’ve taken a break, and planting out has been completed on the old farmyard. Now its a race against time and weather (for me) to get it clipped before the jungle sweeps over it and clipping becomes difficult. It going a lot quicker so far though and at a rough estimate each parterre will be the equivalent of 26,000 ‘steps’. That’s 104,000 times I’ll have gone ‘snip, snip, snip’ in total.

Of course we are all talking about this freakishly hot, dry weather. I was warned about the fact it was dry here but for 6 straight weeks we’ve had pretty much no rain… unless you count the MM we had the other day. Compare that to last year or the average and its ridiculous!

In fact its so dry the grass is now crunchy and brown!

Spoiler alert, I know some people don’t like snakes so fair warning, at the VERY END of this post I will show you our giant grass snake BUT I will warn you again before doing so.

Fortunately the roses have been loving this weather! 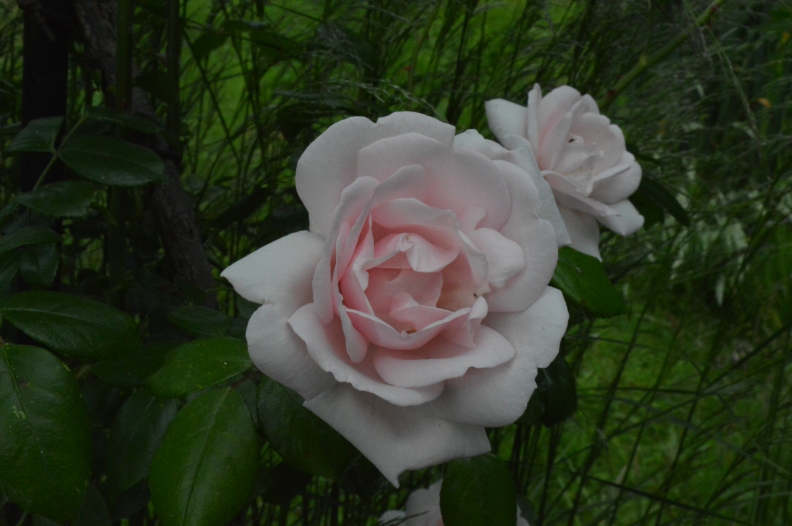 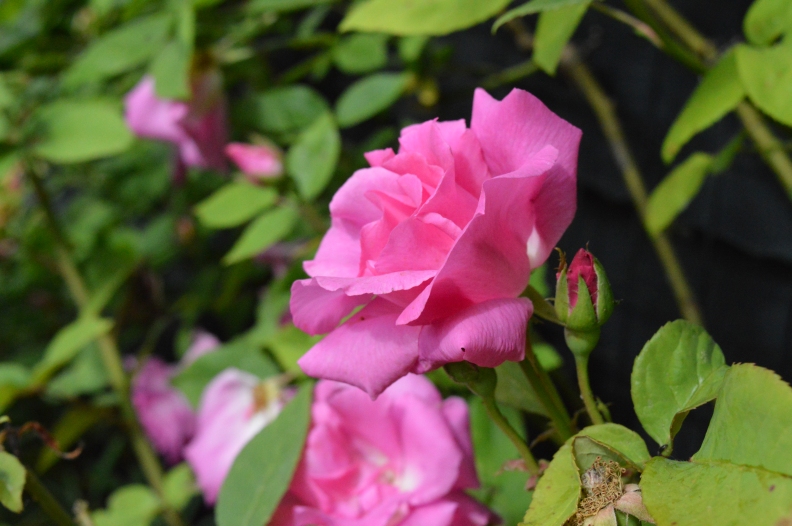 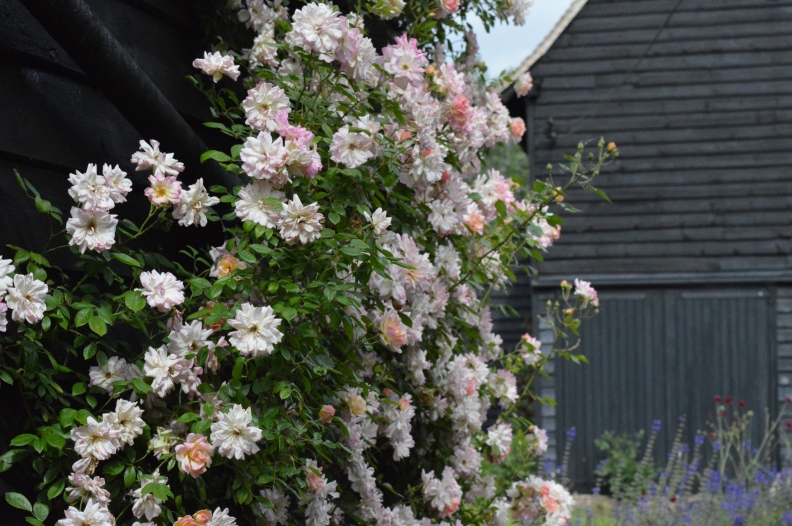 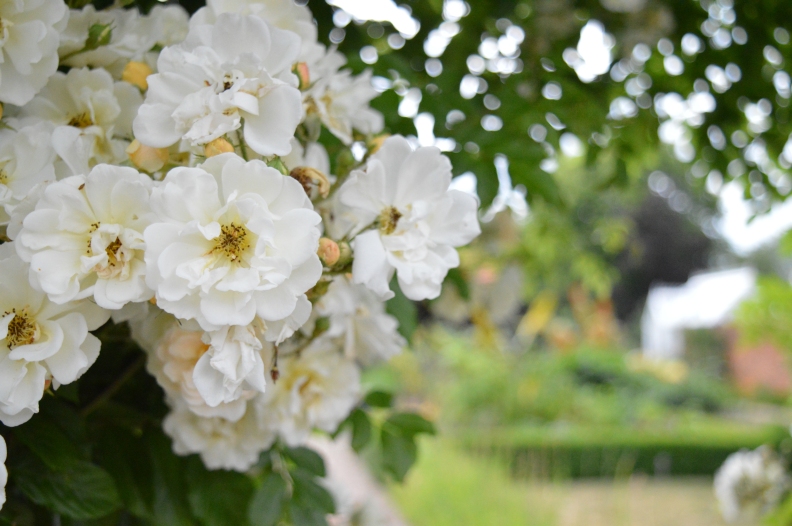 In the old farmyard planting the exotics out has been completed and its just starting to knit together beautifully, the paulownia is already about 6 or 7 ft high! and of course the Dahlias are doing their thing beautifully! 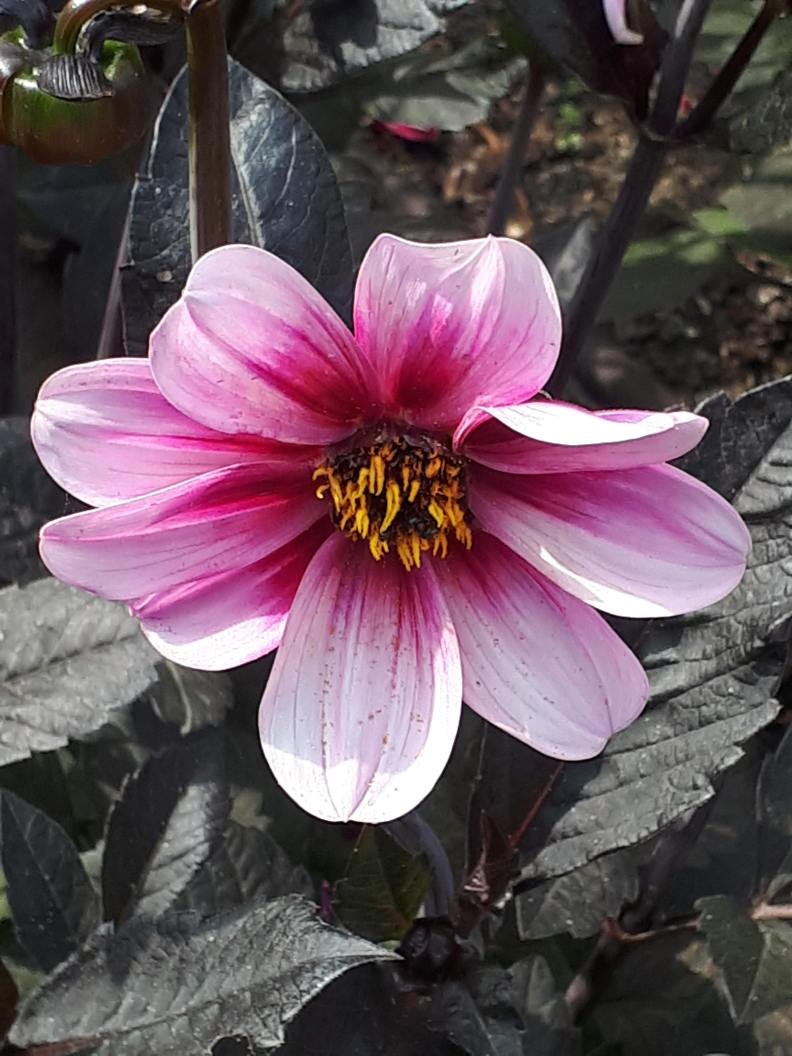 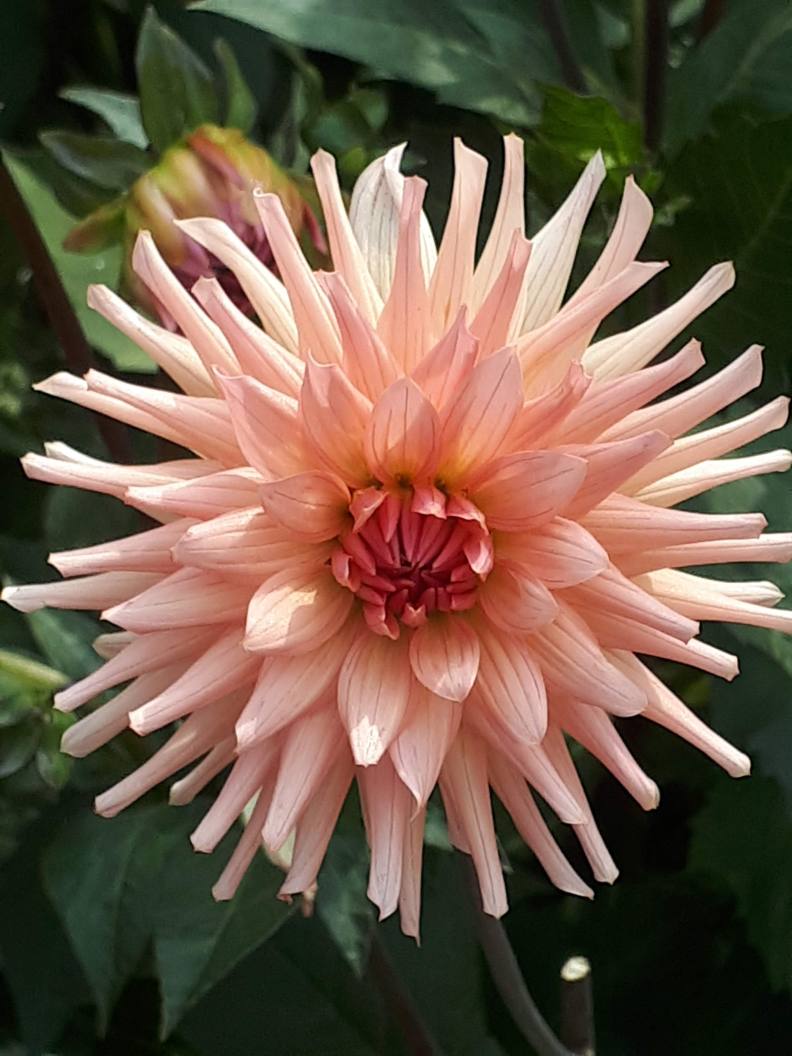 But its not just Dahlias that have been shining brightly as stars of the garden, once mote Nicotiana glauca is performing beautifully!

And the Canna australis are literally glowing, glowing I tell thee!

Various other beauties around the garden have captured my heart in the last 6 weeks or so, this Argyrocytisus battandieri below, sometimes called Morrocan broom, has put on a wonderful show. 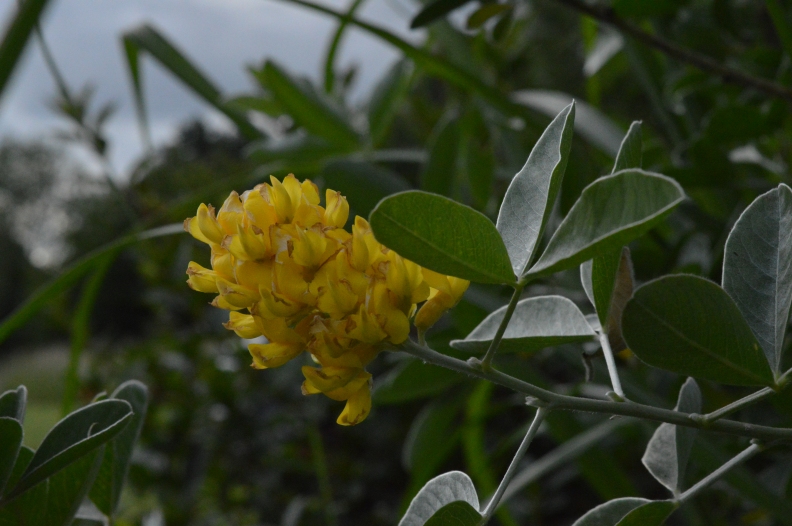 The Duetzia, which is easily mistaken for a Philadelphus. 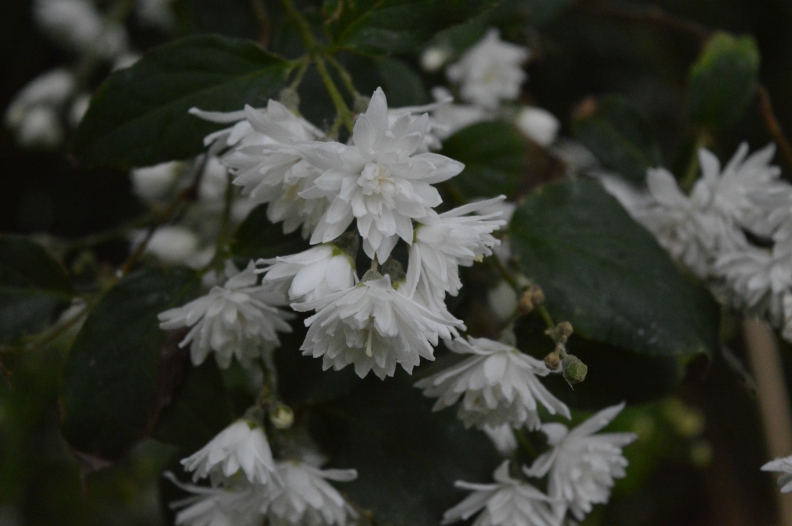 Lilium martagon, which I genuinely don’t remember last year, have been gorgeous popping up through the ferns.

Digitalis ‘Pams split’ has been insane!! topping out at 7 or 8ft they have unfortunately swamped out everything nearby but they have been truly magnificent.

Finally on the flower front but by no means least! Lysmachia atropurpurea ‘Beaujolais’, silvery glaucous leaves with deep magenta/crimson spires of flowers that are just divine.

Something a bit different for me, an understated foliage plant, Osmunda regalis the royal fern and very regal it is too. reaching to around 4 – 5 ft high gentle, soft green foliage acts as a wonderful backdrop to weird reptilian fronds which are the ones that produce the spores. Ferns were around long before plants and this guy has a distinctly Jurassic look to him, love him!

I’m really hoping these drought conditions wont have a detrimental effect for our August bank holiday opening though! As were all working very hard to make it special. I’m hoping my pumpkin arch will be hitting people on the heads with a veritable rain of fruit and that we might even get a shower or two to make our crunchy, brown grass green and soft once more!

Now if you’re not a lover of our snakey friends I shall warn you scroll no further as this bad boy is MAGNIFICENT!!

A quick gestimation puts him, or more likely her, at about half a metre long and it is seriously the biggest grass snake I have ever had the pleasure of seeing, I literally squealed with delight and ran across to get a shot. Understandably the snake wasn’t so keen to meet me and streaked across the grass for cover but what a magical moment it was!

Ladies and gentlemen I give you…. 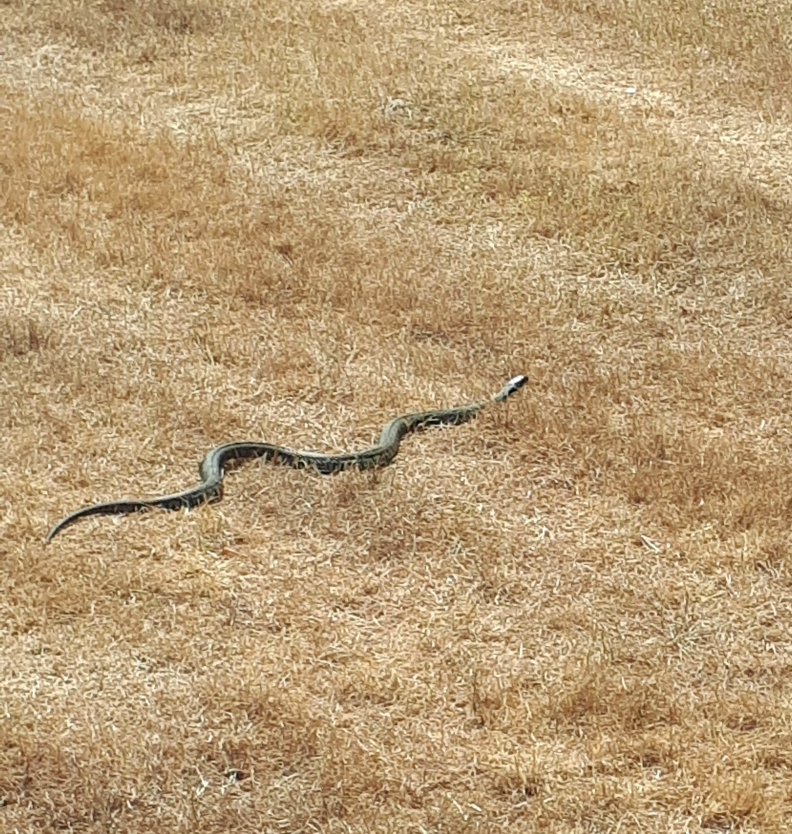